Does CrossFit Have a Future?

CrossFit also spawned innumerable businesses, as members started ventures in everything from insurance to nutrition. The Ohio-based gym-equipment manufacturer Rogue Fitness was launched to meet the demands of the new CrossFit gyms; it grew to employ hundreds of people. RxBar, which makes energy bars with ingredients that hew to CrossFit’s nutrition guidelines, sold to Kellogg’s, in 2017, for six hundred million dollars. 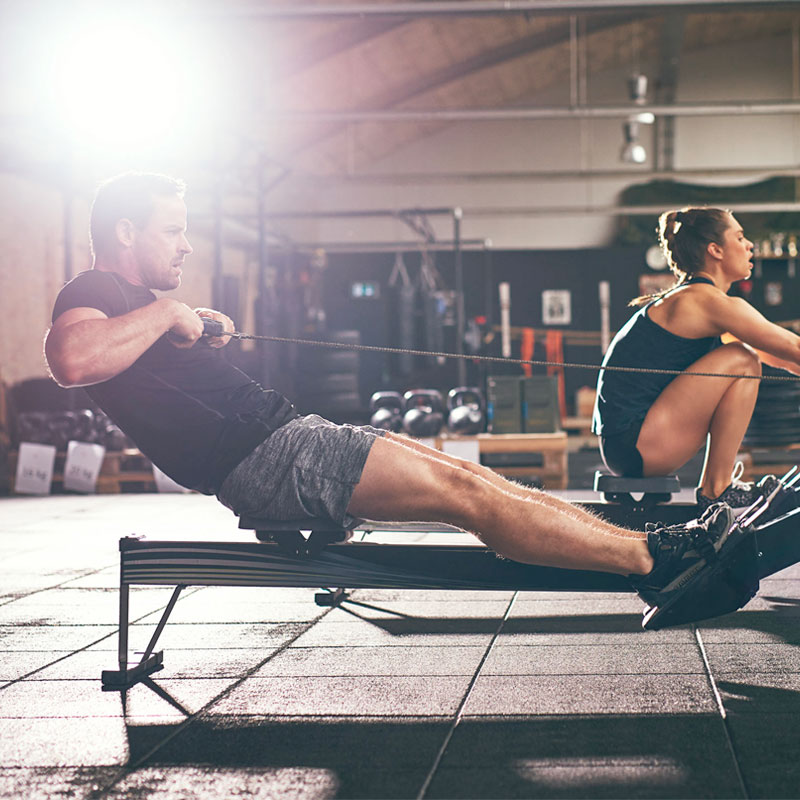 CrossFit’s ascent was not uninterrupted. In December, 2005, the Times published a piece titled “Getting Fit, Even if It Kills You,” which documented a CrossFit athlete who gave himself rhabdomyolysis, a condition in which muscle cells die from overexertion, resulting in possible renal failure and death. Glassman told the Times, “It can kill you. I’ve always been completely honest about that.” In fact, CrossFit had chosen as a mascot a muscular puking clown named Uncle Rhabdo.

CrossFit members embraced a narrative of redemption through physical suffering. I heard from many adherents that the daily practice of hard work spilled over into their everyday lives, making them better people, or at least capable of setting goals and achieving them. But, interspersed with aspirational photos, the company posted sexually suggestive images on Facebook, among them images of a woman with her legs spread while climbing a rope, and a woman who tripped and momentarily had her head in position for a sexual act. Photos you wouldn’t post of your friends, basically.

Coaches and gym owners with flair or specialized knowledge became independently famous. But former employees told me that, whenever someone grew too big for Glassman’s comfort, he banished them. (Glassman denies this.) After a former CrossFit trainer named Mark Twight began working with Hollywood celebrities, including the cast of the 2006 movie “300,” Glassman accused him of stealing his intellectual property.

Wolf, who had a public altercation at a CrossFit seminar with a favored Glassman employee, a former Navy SEAL named Dave Castro, was fired. “You have to kowtow and not let your star shine too brightly,” Wolf said, in 2013, of Glassman. “He’s always had this tendency toward incredible kindness, but he also has this rattlesnake intensity and cruelty.” Gym-goers were undeterred, however, and by 2015 there were eleven thousand affiliate gyms. Forbes estimated CrossFit’s revenues at a hundred million dollars, and wrote, “CrossFit CEO Greg Glassman has turned the fitness industry on its head. He’s done it, I think, by making CrossFit a mirror image of himself.” That’s not entirely true; as many have pointed out, Glassman is less Adonis and more high-school gym teacher, who, at sixty-four years old, walks with a limp from a childhood bout of polio and a gymnastics accident years later.

“Once you brand and sell fitness, you have to try to prove your version is better than all the others,” Brad Stulberg, a performance coach who has taken heat online from the CrossFit community about his health-and-fitness writing, told me. In CrossFit’s efforts to set itself apart, its most pious members defended the brand with a mocking élitism that was modelled by Glassman.

Until CrossFit, the dominant accreditation body in the fitness industry was the National Strength and Conditioning Association. In 2013, the N.S.C.A.’s Journal of Strength and Conditioning Research published a study about CrossFit’s efficacy. Out of fifty-four people who undertook a CrossFit program for ten weeks, the research claimed, nine had failed to finish, owing to injury.

The study quickly spread through the fitness world. Outside published a piece titled “Is CrossFit Killing Us?” and with the subtitle “The CrossFit backlash is in full swing—led by a long list of injured participants.” The article touted the study’s sixteen-per-cent injury rate.

Glassman and his community were incredulous, and angry. In their nearly ten thousand gyms, they had never seen such injury rates. CrossFit sued the N.S.C.A. for false advertising and unfair competition. The discovery process revealed that management at the N.S.C.A. had essentially told the researchers to add injury data where there was none. In December, 2019, a court found in CrossFit’s favor and ordered the N.S.C.A. to pay the company four million dollars in sanctions. (The N.S.C.A. declined to comment, except to say that the matter was settled without any admission of liability.)

All physical pursuits come with risks. Of my personal obsessions, running has uniquely gruesome statistics. The numbers are imprecise, but it’s often estimated that between forty and eighty per cent of runners will injure themselves in a given year. In my experience, these estimates are likely low. But this does little to diminish the elegance of such a simple and effective mode of exercise.

I was injured during my second time in a CrossFit gym. In an off-season effort to regain some foundational strength I had lost after a decade of ultra-endurance racing, I paid to work with a trainer. He began by testing me. Baselines are important in the gym, and essential in CrossFit. We started by doing jump squats with a weighted seven-foot barbell across my shoulders. I didn’t notice that the weight was lifting off my upper back at the top of the jump and coming down on my spine when I landed. Neither did the trainer. The following day I awoke to neck pain and a bruise. More than seven years later, I can’t sleep on my stomach, lest I risk a day of not being able to turn my head.

My next foray into CrossFit was more fruitful. Down the street from me in Salt Lake City, where I was living, was a gym run by a former college-football player, Tommy Hackenbruck, who had a vibrant CrossFit community. Hackenbruck, a hulking yet gracious man, coached me to proper form and then provided me with workouts to do on my own. A combination of regular CrossFit classes and Hackenbruck’s individual programming worked well for me, and I became considerably stronger, more agile, and more confident in my athletic abilities that off-season.